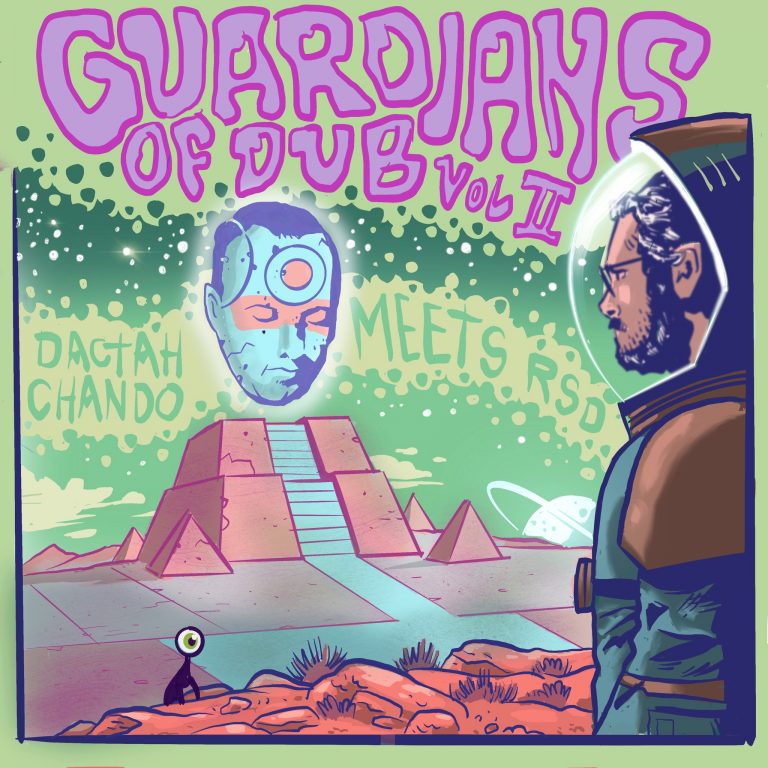 This November 23rd the ninth studio album of the canarian reggae ambassador is released under the title: “Guardians of Dub vol.2 – Dactah Chando meets RSD”, nothing like end the year with two releases, after «XXI» in early 2021.

“Guardians of Dub” is a compilation series of dub mixes from Chando´s catalogue.

This second volume is based on the albums «Sabiduria» (2013) and «Sabiduria Roots» (2015), which dub mixes where done by the renamed producer and Dj from UK Rob Smith aka RSD back then. After several years stored in some hard drives, this versions come to light. These tracks where produced and arranged by the great Spanish roots producer Roberto Sanchez, who was in charge of the building and recording process of the songs.

Many dub cuts where done, as an alternative versions, many of those where released but many others don’t, so after 8 years now we have the 12 amazing dub pieces in this volume compilation.

This album release cover artwork was created by Ivan Retamas, one of the most creative and talented illustrator form Canary Islands.

Rob Smith aka RSD , AKA Bristol UK bass music producer Rob Smith and one half of respected production duo Smith & Mighty, has been pushing bass heavy rhythms for more than two decades.